She is voiced by Andrea Wicklund, who also voices Lemon and Sweet.

Princess Berrykin is a "Strawberry Berrykin", having a pink themed head with big green eyes. She wears a pink tiara with a strawberry sticker, and holds a green-white striped sceptre with a red round jewel and a green star (mostly in her right hand). Princess Berrykin has another accent.

She is a berry important Berrykin, who rules the Berrykins with pride! She is rescuing Berry girls from the evil Slinking Slinker in On the Road episode, also she can defeat the evil ninjas. 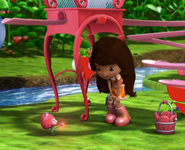 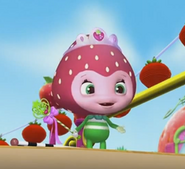 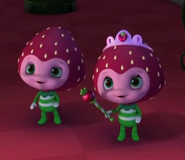 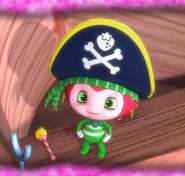 As the pirate captain 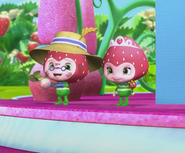